What was life like in Hammersmith and Fulham a hundred years ago and how did it change following the outbreak of World War One?

Children from Year 5 Seals class at St Thomas of Canterbury Primary school in Fulham have been working as historians, exploring their local area and uncovering secrets about the real people and events from this important part of our history. 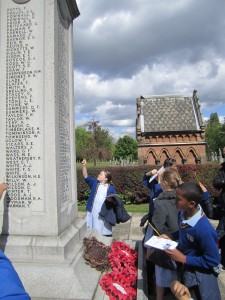 As part of their Heritage Lottery Funded WW1 project we visited the Blake’s munitions memorial in Margravine cemetery to the 13 workers, most of them local women, who did the dangerous job of making bombs and who died tragically in a factory explosion just days before the end of the War.

‘Trench soup’ was on the menu at Ravenscourt Park, where we found out about how Britain went food-growing mad and got inventive in the kitchen to cope with wartime food shortages.

The Seals also uncovered a very special story when visiting LBHF local archives and Fulham Library.  Lance Corporal Edward Dwyer was one of only three soldiers from the borough to receive the Victoria Cross medal, the highest award for outstanding bravery.  At only 19, he was also the youngest ever VC and he went to St. Thomas of Canterbury School!

The children worked with theatre director Jules Tipton to reflect on their feelings about the stories of these brave people from their own neighbourhoods who gave their lives, and together created an end of project performance to share and celebrate all they had learnt with the school.

Many thanks to everyone who helped and worked with us on the project.

Check our website later this year for your free Our World 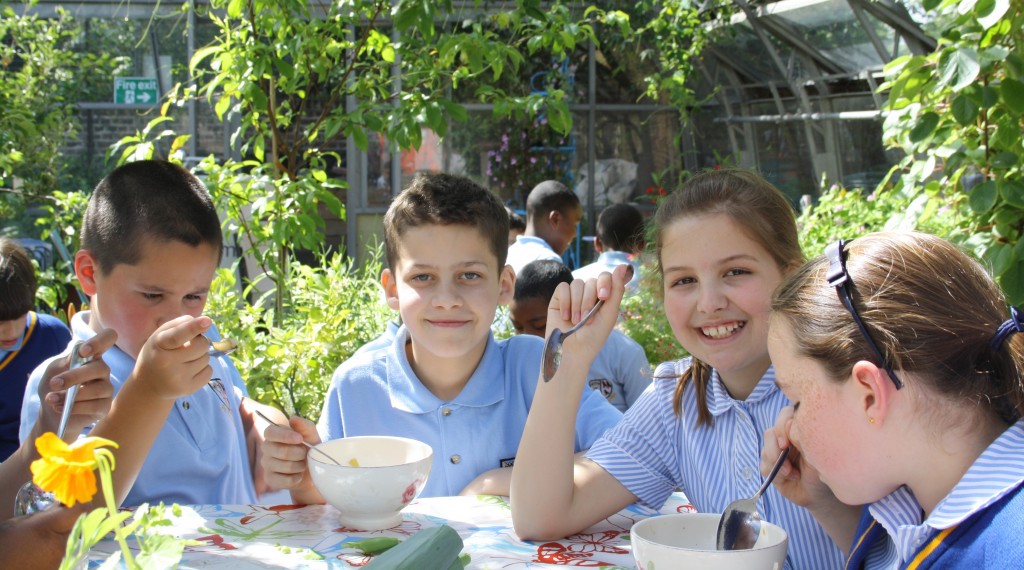