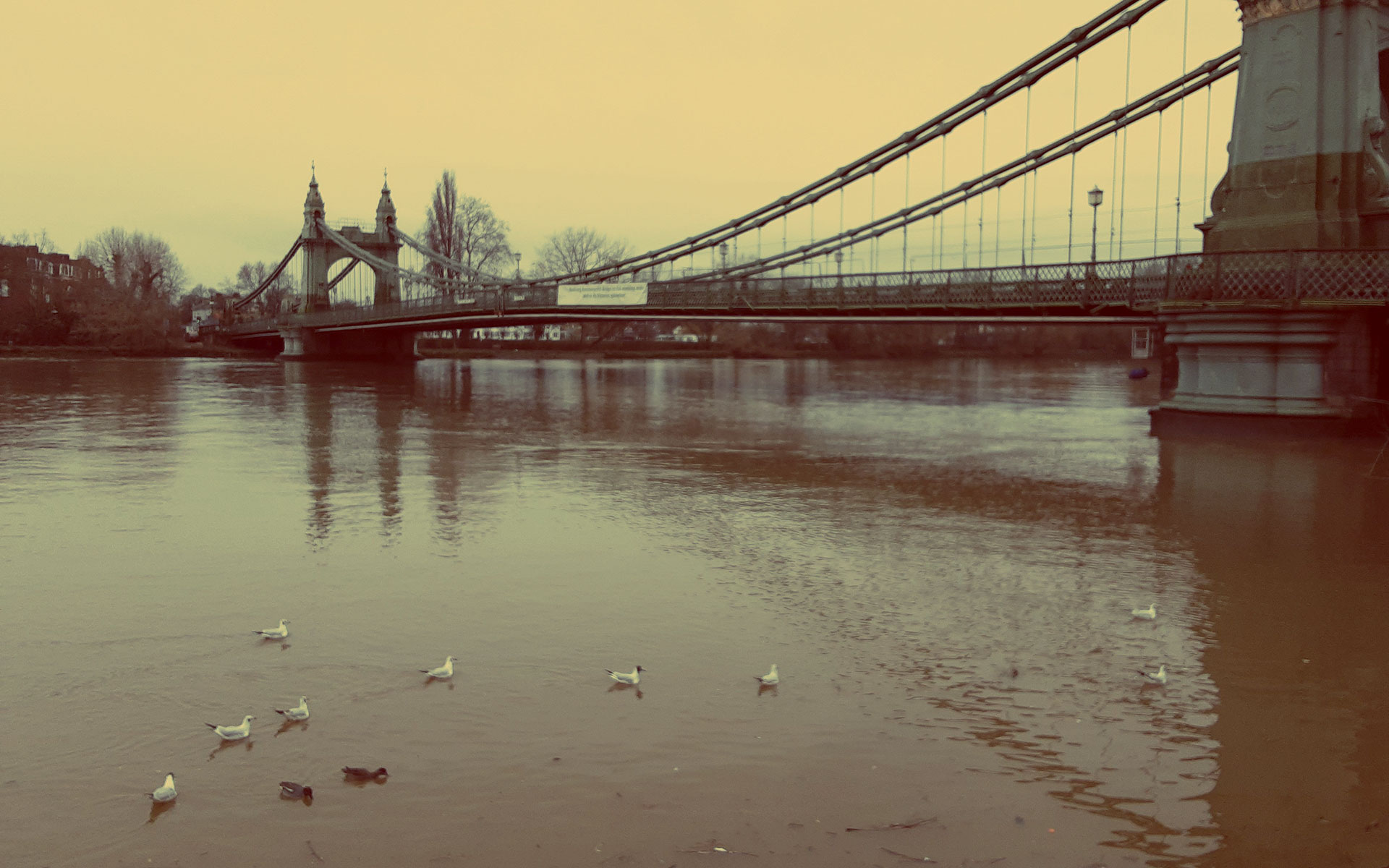 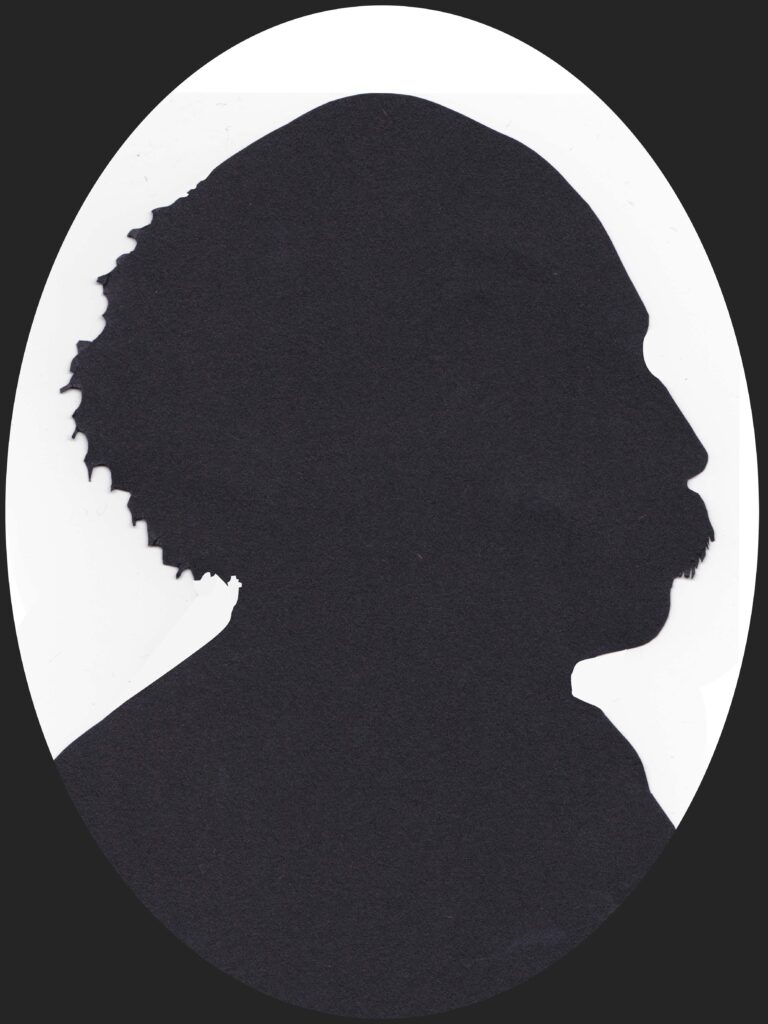 You can now view the film, guide and interactive maps on the dedicated web page here.

The 28th March 2019 marked Sir Joseph Bazalgette’s 200th Birthday. Bazalgette was a truly remarkable Victorian engineer, who is best remembered for creating London’s sewage system; he almost single handedly changed the River Thames from an open sewer into one of the cleanest urban rivers in the world. As an engineer, city planner, bridge builder, and landscape architect he was also responsible for some of London’s key bridges and roads. His work remains hugely significant and relevant to how London looks and works today.

Urbanwise.London are pleased to have received support, £49,000 over the course of the project, from the National Heritage Lottery Fund to work on a project where:

We will celebrate Bazalgette’s life and work through the discoveries of Primary School children and residents to share his heritage more widely.

We ought to remember that London was a very different place 200-150 years ago.  The Thames was of vital importance in transporting raw materials to the wharves and factories lining the  riverside in an ever-expanding London.  It was also the host to most of the city’s human waste.  Following major cholera outbreaks and the Great Stink of 1858, Bazalgette imagined a cleaner London with brick pipes holding and transporting our waste away from our streets and waterways to the East of the City.  His leadership and ingenuity created a cleaner London and improved the lives of many. He was also instrumental in transforming transport in our capital, with commissioning and designing of a number of river bridges and re-planning or creating some central London roads, to clear slums and improve connections in the growing Victorian city. 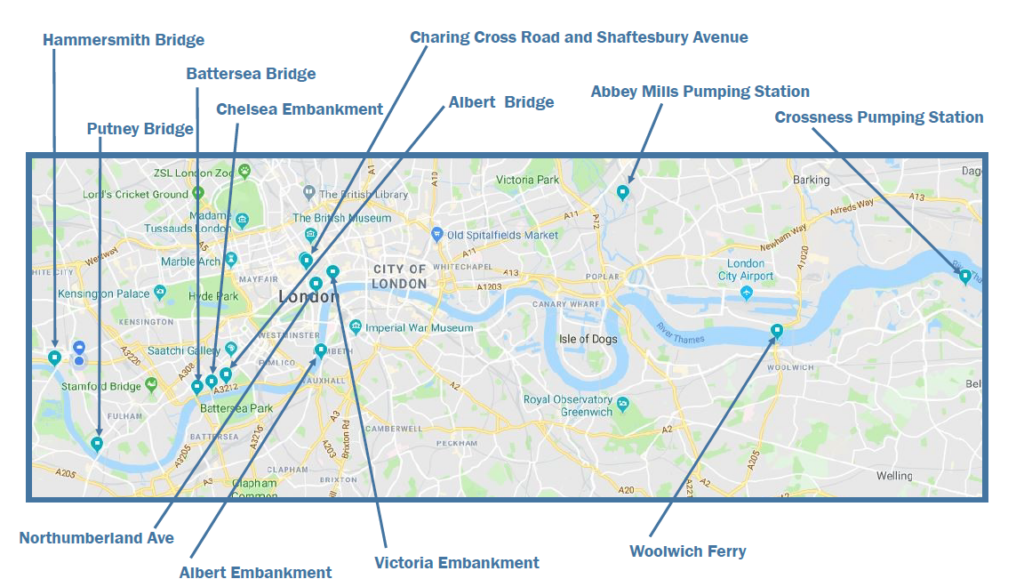 As part of this project we will explore archive material, lead guided walks and activities along the Thames Riverside and examine the changes that have taken place over the last 200 years. We will visit places of interest, deliver art, writing and photography workshops whilst meeting archivists, curators, engineers and architects.

We started the project  in the Spring Term 2020 where we delivered: an adult walk from Hammersmith Bridge to Putney Bridge (both designed by Sir Joseph Bazalgette), a STEM session for a youth club about bridges and some education sessions at a primary school.

We were delighted to work again with Jordana Smith and St. Andrews Youth Club during the February half term. A group of eleven young people visited Hammersmith Bridge for a creative photo session and we hope you agree with us that they did an amazing job! (please see below). 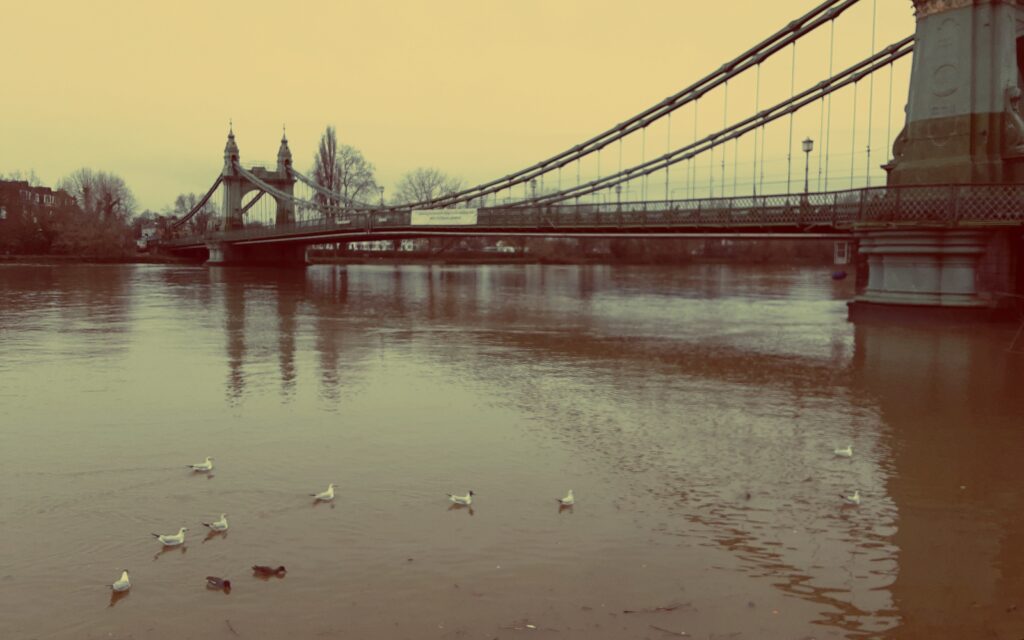 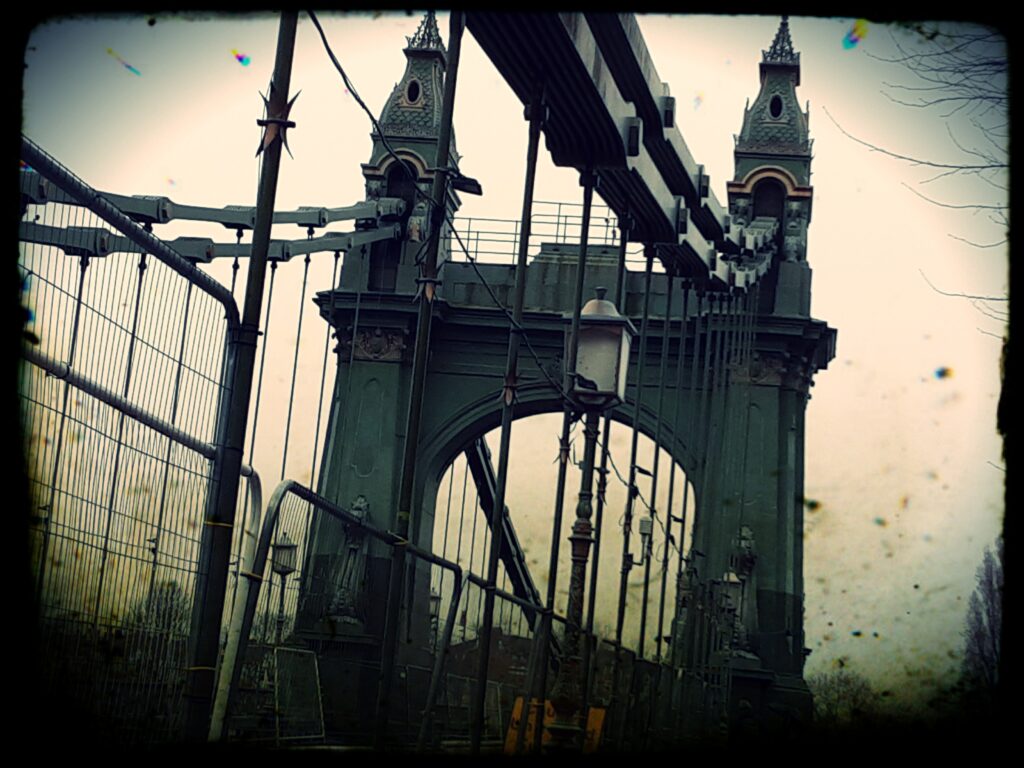 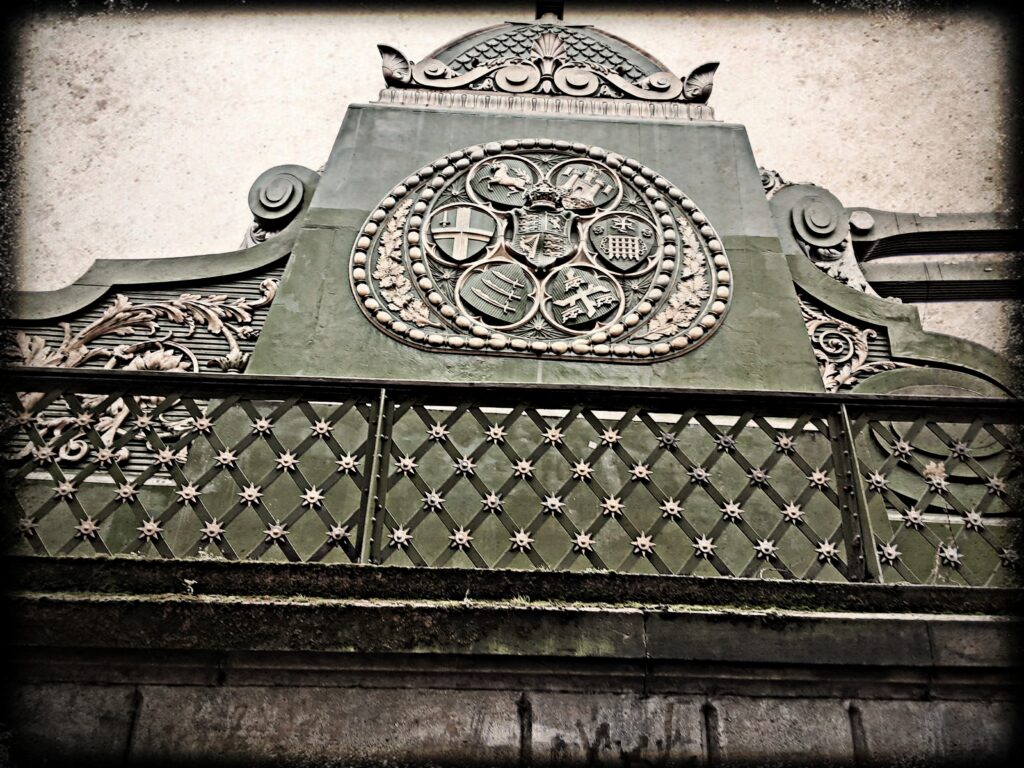 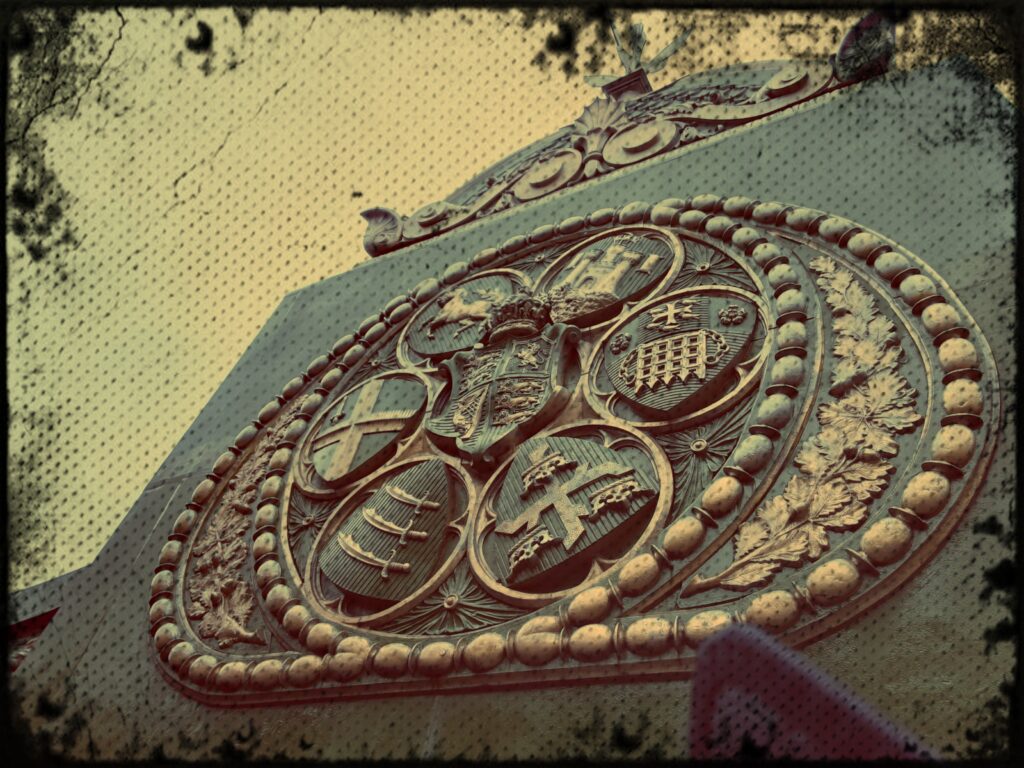 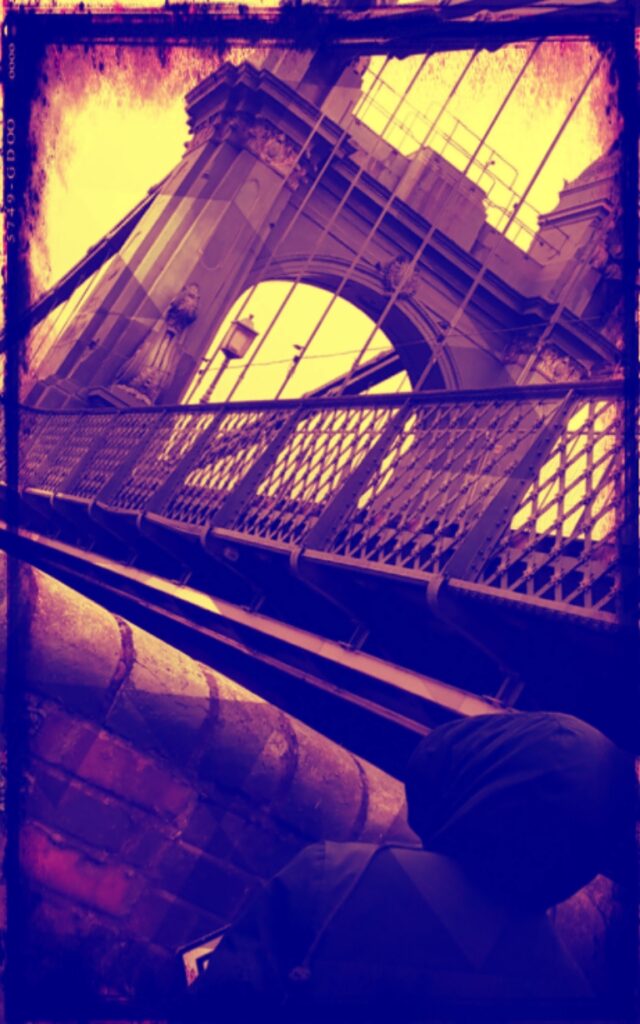 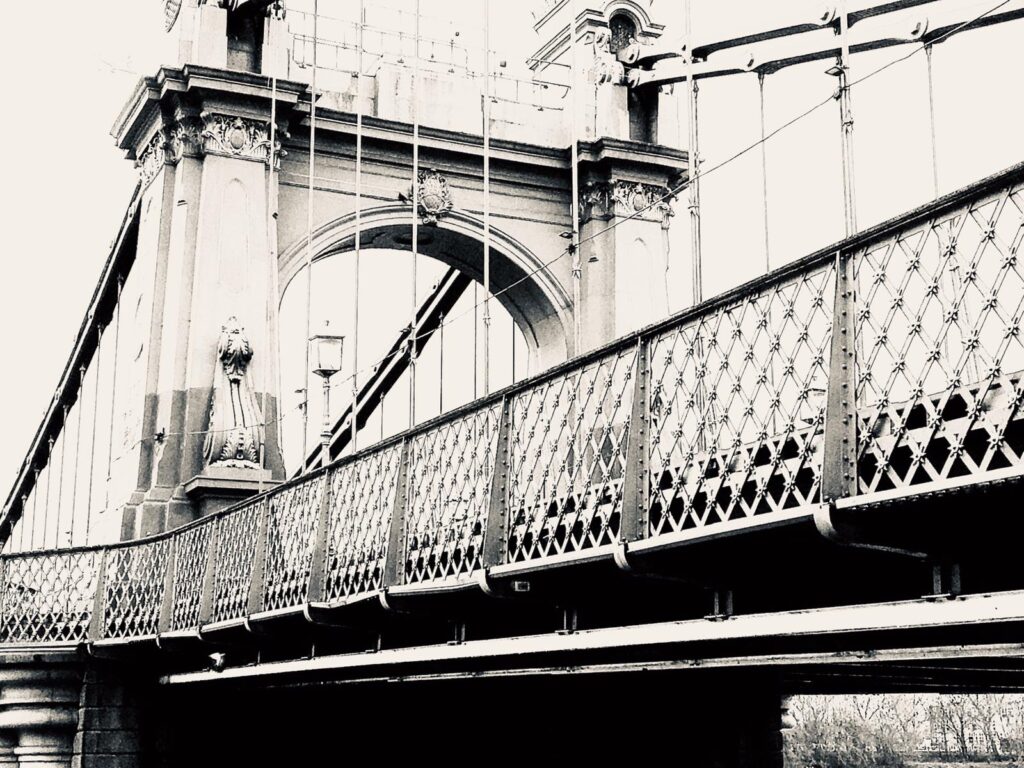 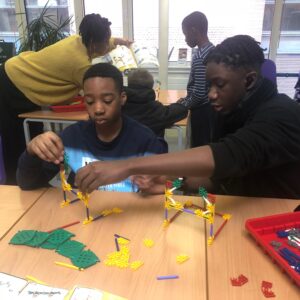 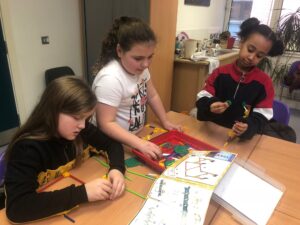 he afternoon, we went to our classroom and the young people had the opportunity to learn more about bridges by having a go at building their own suspension bridge.

By the way, did you know Hammersmith Bridge was the first suspension bridge over the River Thames? It was designed by Bazalgette and opened in 1887. It is currently closed to all motor traffic after cracks were discovered in the bridge’s pedestals and is Grade II listed building. 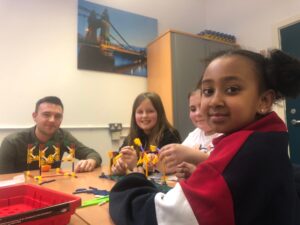 to build their own suspension bridge in small groups. See below how much fun we all had!

Great fun was had by everyone and the  young people from St. Andrew’s youth club left with 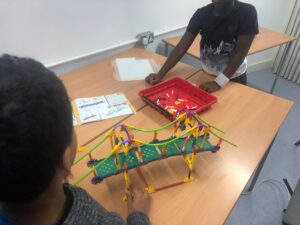 big smiles on their faces, a greater understanding of their local area as it was shaped by Sir Joseph Bazalgette. It was a chance to be creative, take great pictures of Hammersmith Bridge and learn more about suspension bridges, which are not as easy to build as you might think! 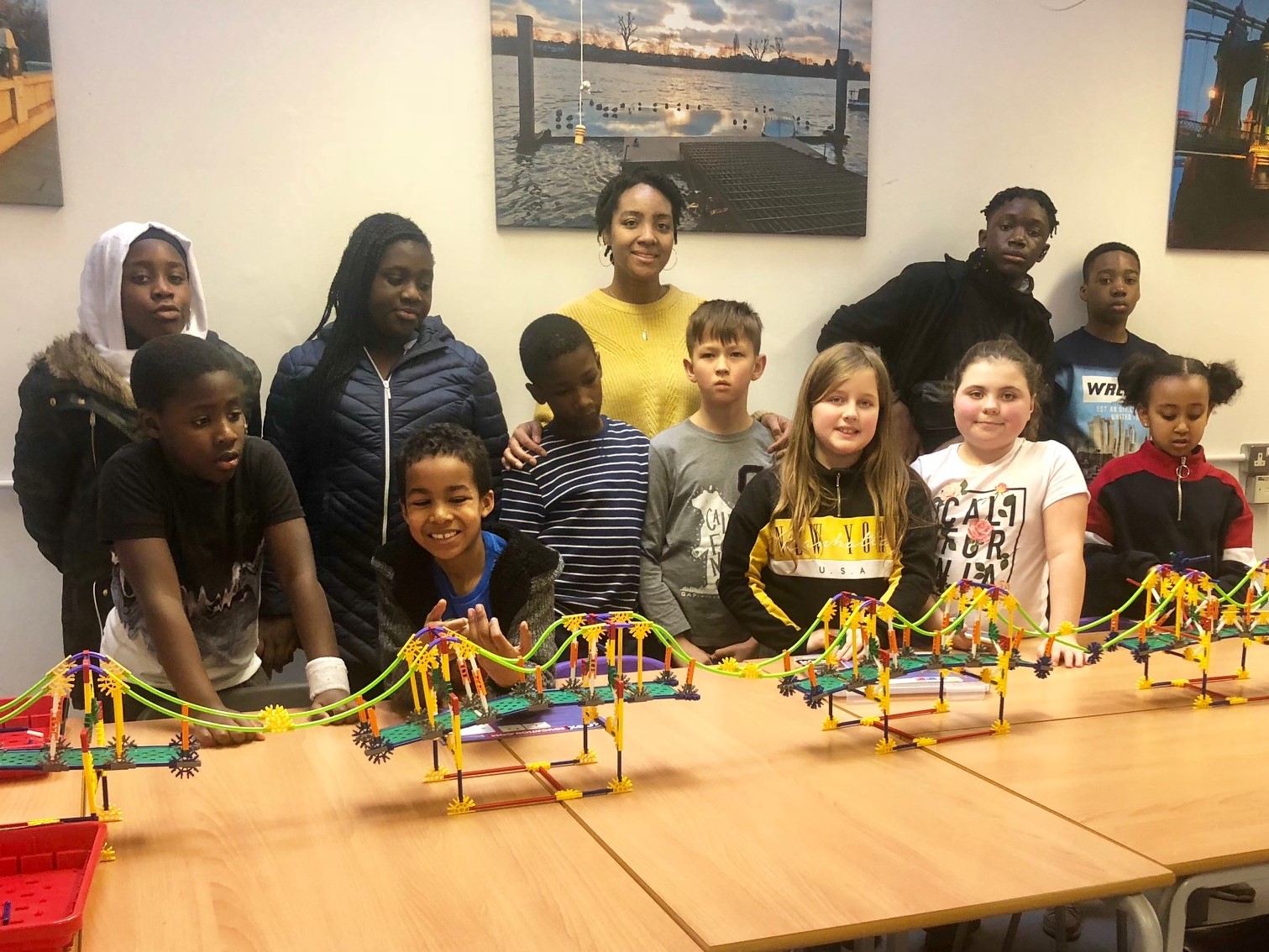 In the Spring Term, Park Walk Primary school year 6 picked Joseph Bazalgette’s life and work as their topic for the Children’s Parliament on the Environment. They researched his life by exploring archive photos and texts and considered the problem of pollution of the River Thames during Victorian times, compared with those of today. 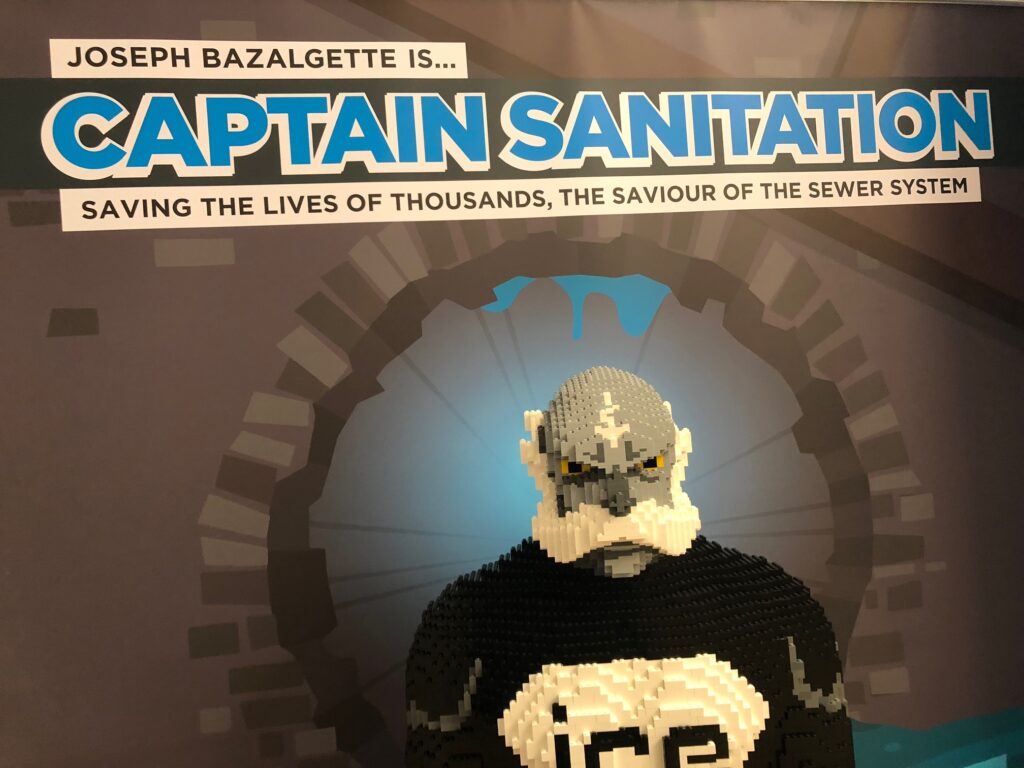 We had a wonderful visit to the Institute of Civil Engineering where children perused the ‘Bazalgette’s Life’ special display and did a quiz, tried their hand at solving civil engineering problems with some hands on activities and admired his portrait on the grand staircase.’

Unfortunately we had to abandon the Children’s Parliament project due to school closures at the end of March so the children were unable to share their learning with other children. However they all enjoyed learning a lot about this amazing Victorian civil engineer!

We started working with Christ Church Primary School in Chelsea, before stopping due to the first national lockdown in 2020. We introduced the Yr. 5 class to Bazalgette’s work and went on a trip to the Chelsea Embankment where we saw Albert and Battersea bridges. 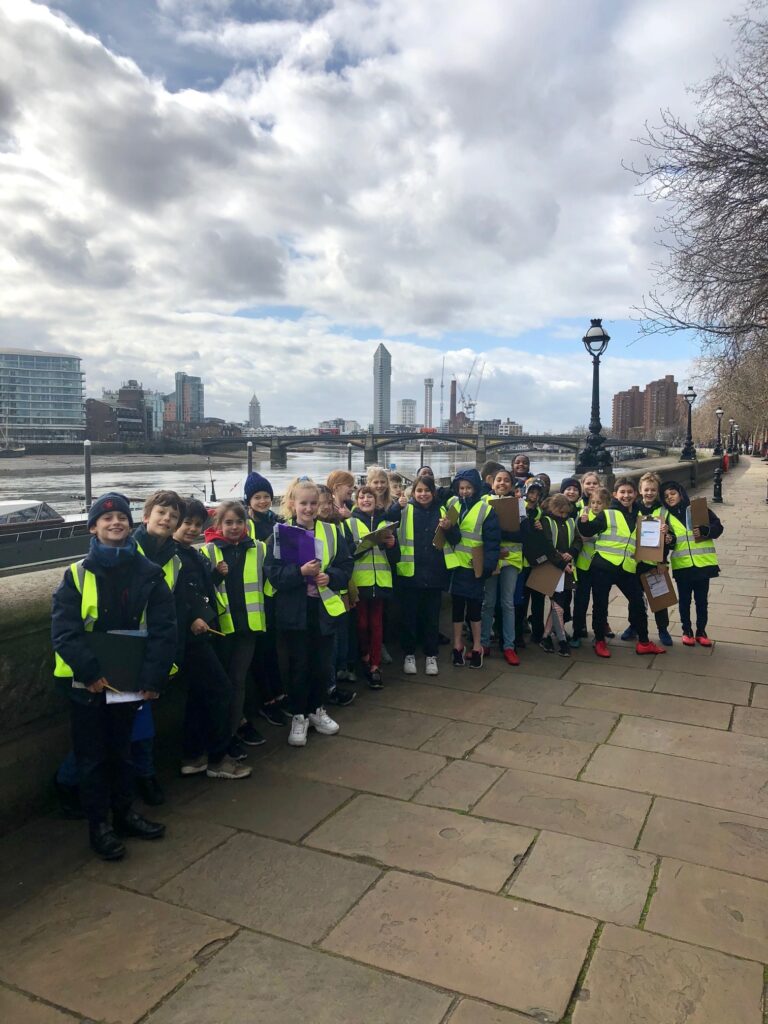 Please visit our News page for the Winter 2020 and Summer 2021 updates.