On Friday 16th June, more than 80 School Children from Hammersmith and Fulham and Kensington and Chelsea Schools attended the Children’s Choice conference. This years’ topic was The World of Science which we helped organise and was held at the Science Museum.

During the conference, schools were welcomed by the children’s committee (a group of 6 children from Melcombe and Marlborough Primary Schools who helped organise the conference). 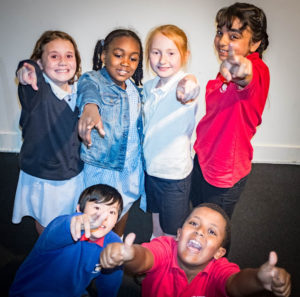 Then attendees listened to a key note speech by Dr Jess Wade from Imperial College London and watched a play about science with an interactive experiment where some children were turned into a piano! 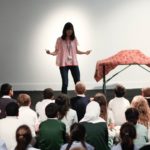 Children then had the opportunity to participate in one of four workshops: ‘The Power of Hair’, ‘What’s that smell’ and ‘The Science of Skin’ – all delivered from L’Oreal education team and the Creative Tech – Led by Carlos from our team.

After lunch children were invited to explore the Wonderlab, an interactive gallery inside the museum. The Wonderlab offers a unique opportunity to discover how science and maths shape our lives, while igniting curiosity, fuelling the imagination and inspiring children to see the world in new and exciting ways. 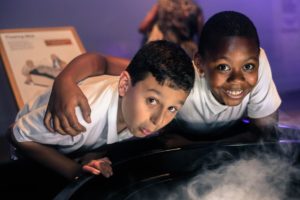 Finally, we gathered for final thoughts, feedback and thanks before children were sent back to their school with a big smile in their faces and a better understanding of the World of Science.

We leave you with  a comment from Carol Campbell, Deputy Head Teacher (Pastoral) of Melcombe Primary school) and some of the comments from the children who attended the conference:

“ Two of our children involved in the Children’s Choice project are on pupil premium and would not normally get the chance to take part in all the exciting activities this project has offered. We really love the project and would like to be involved next year.” Carol Campbell

“It was very exciting while being educational at the same time”