Drama at the Market!

No, there hasn’t been a scandal. We are just rehearsing!

We have spent the last two weeks working hard with Jules Tipton practicing our drama skills and creating tableaus for our end of project assembly. What fun! 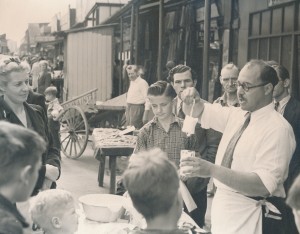 Last week we recapped all of the key events in Shepherd Bush market, from Mr Crowe buying land from the railway in 1914, new shops and stalls in the 1920’s and 30’s, to bombings in the second world war, rabbits for sale and then the enormous changes in diversity of people and goods from around the world throughout the second half of the 20th Century.

Here are some of the children practising their tableaus. Can you guess what they’re doing? 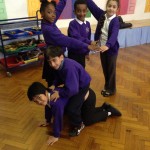 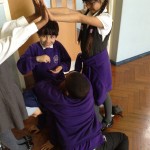 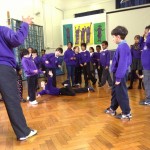 Some of the children recorded their poems too.

At the end of the sessions, children shared what they had learnt and enjoyed from the past two sessions.

Meanwell: ‘I learnt that drama is SO fun!’.
Falak: ‘I learnt about all of the things that happened in the past’.
Okba ‘…People in the market had fun ways of selling stuff’.
Sandra: ‘I learnt to get confidence in myself’.
Rea ‘I feel less shy now and I can be confident’.